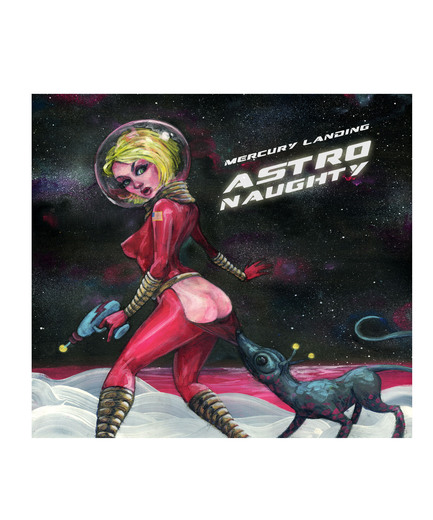 Mercury Landing is a four-piece, funk-infused party rock band based in New York City. This band is known for their danceable songwriting, progressive composition, enveloping improvisation, edgy vocal harmonies, as well as a poignant blend of musical styles and influences.

ML has powerful sway with their catchy songs and energetic demeanor. They attract both a devoted audience of music connoisseurs as well as throngs of people who simply love to dance. The band broaches many genres including funk, pop, progressive, reggae, ska, jazz, blues, dance, disco, and anything in between. They’ve covered a wide range of artists including the Talking Heads, the Rolling Stones, the Doors, the Grateful Dead, the Allman Brothers, Eric Clapton, the Greyboy Allstars, the Meters, Jet, etc. They’ve also been known to perform obscure theme music from video games like Tetris, Sonic the Hedgehog, and Megaman

"Eyes Against the Sky is the perfect soundtrack to a key party—swinging music for swingers with lots of funky guitar and keyboard action."--Abby Aronofsky, Penthouse Magazin

"Eyes Against the Sky is an eclectic mix of funk and rock music. It is a great listen from front to back, which is a rarity in today's music world." --John Pasquale, Booking and Event Planning for Hard Rock Caf

"If Mercury Landing isn’t already on your iPod or in your CD player then you are going to be left behind. With funky beats and choreographed instrumentation, they are what the Dave Mathews Band was before they hit the commercial market. If you are in college and looking for something to call your own, I suggest Mercury Landing." --Liberty Devitto, drummer 30 years for Billy Joel