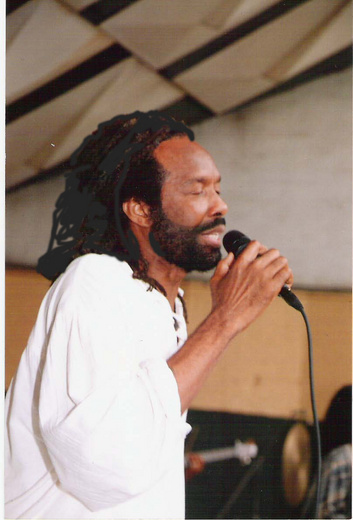 About Michael Paul & Itopia the Band

Itopia is a rotating group of 12 eclectic musicians. Itopia was born out of the necessity to continue the process of using music as a healing medium to bring things together so the light of love can shine upon all things in the state of perfection and oneness. Michael Paul, Singer, Songwriter, Producer and Keyboard player. A serious artist operating at a high energy level, Michael Paul is a well-seasoned artist and International performer. As a songwriter he is among the greats supplying songs for Whitney Houston and William DeVaughn to name a few. As a performer and artist he has a rich arsenal of musical influences ranging from Sam Cooke to Stevie Wonder. With the use of American and European pop sounds against a backdrop of Caribbean tinged music, Michael Paul flavors his unique musical stew with African and Brazilian rhythms. His performance always leaves audiences hungry for more. Mr. Paul's last original chart buster, which was written and performed by Michael Paul was titled "Reggae Music". His magnetic musical energy is something to experience. Some Key players for Itopia are: Abou, (Drum kit) Ivory Coast's Abou Diarrassouba is the founder and musical director of the powerhouse group The Black Warriors, NYC's premiere backing band for West Africa's biggest acts. This group toured over 40 cities in the US alone. Acts included: Guinea- Scouba Babino, Ibro Jabate, Fode Koyate, Kerfala Kanpe, Mama Jabate, Sona Tota, Ghana -Rocky Dawuni, Kodjo Antwi, Ras Calimu, Ivory coast - Ishmael Isaac, Serges Kassy, Tiken Jah Fakoly, Aicha Kone, Antoinette Konan, Jolle Seka and Monique Seka. Abou and his tours began with the biggest clubs in NYC, SOB's, B.B. King, The China Club, The Supper Club. Abou has toured in the top spots in Boston, LA, Seattle as well. Eugene, (Keys) Born to a musically oriented Family in Belize CA and has worked with many different groups such as Caribbean Pulse and many others in Vocals, Television, Stage and Screen. Gemini (Guitar) Acoustic, lead & rhythm of Melba Moore's work, Gus White, Sheila Ingram, The Mighty Ones and too much to list. He is found on most Funk, R&B, Rock and Reggae bands displaying his gifts.