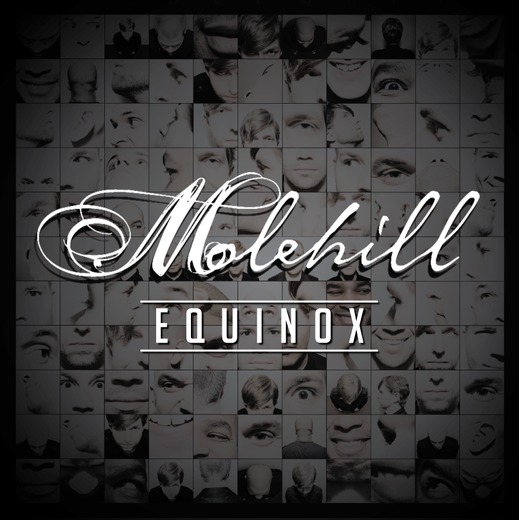 “Do not be fooled by the name.  Chicago’s Molehill is more like a mountain constructed with big guitars, melodic keyboards, and pounding drums.  Combining elements of progressive rock with pop sensibilities along with expansive and emotionally charged lyrics, this band delivers a symphonic listening experience.–Jesse Menendez, Vocalo and WBEZ, 89.5FM and 91.5FM Chicago

Chicago’s Molehill rose to the top 10 and Final Round of the Global Battle of the Bands ‘Hard Rock Rising’ 2012 Competition after 3 judged live performance rounds and 2 rounds of public voting. 12,000+ bands entered worldwide with 550 in the Chicago area. Coupled with the release of their first full-length album ‘Equinox’ 2012 continues to build for Molehill.

Since 2009 Molehill has had over 150 performances throughout the Midwest and East Coast and along the way has opened for major and indie label acts Bret Michaels, Blind Melon, Royal Bliss, The Elms, and Jesse Malin. In 2010-12 Molehill showcased at the Millennium Music Conference in Harrisburg, PA and was featured twice in the Red Eye (Chicago Tribune Pop Publication) along with features in numerous local print and online publications. 2011 continued with tours throughout the midwest and east coast and an invitation to perform at CBS Studio Chicago where they received high praise from a celebrity panel including owner of the Metro (Chicago) Joe Shanahan, US99 Morning Show Host Lisa Dent and Chicago R&B stalwart Frayne Lewis.On March 6th, 2012 Molehill’s new album ‘Equinox’ was released. The release was coupled with a sold out show in Chicago. ‘Equinox’ was produced by Manny Sanchez and Molehill.