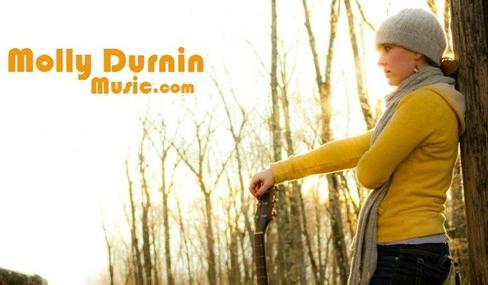 Molly Durnin was raised in the mountains of upstate New York, born into a close-knit family that loved music and nurtured her creativity. She started piano lessons around age six, showing a natural ability and exuberance, however she played every piano piece a little too fast and eventually lost interest in reading music, and took to playing by ear.

When she was thirteen, her brother became a student filmmaker, so she began writing background music for his videos on synthesizer and computer software. All the while, she was absorbing the rich, diverse music playing nonstop on the stereo in the family’s music room – in particular, a heavy dose of all the female vocalists that her guitar-playing mother loved – icons like Patsy Cline, Laura Nyro, Bonnie Raitt, and Shawn Colvin

When Molly finally picked up the guitar herself and began singing and writing lyrics, it was evident to everyone around her that she had a gift for songwriting. During college she began playing open mics, and at the age of nineteen she opened for Missy Higgins at Revolution Hall in Troy, her first high-profile performance. Since that time she has played at venues throughout the Capital Region, including a recent Emerging Artist Breakout performance at Caffe Lena in Saratoga, the renowned folk club

Molly continues to write one great song after another, and with the release of her new CD, she will now seek a wider audience while pursuing life as an indie musician. 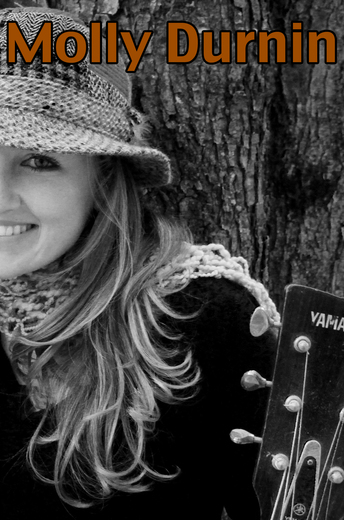