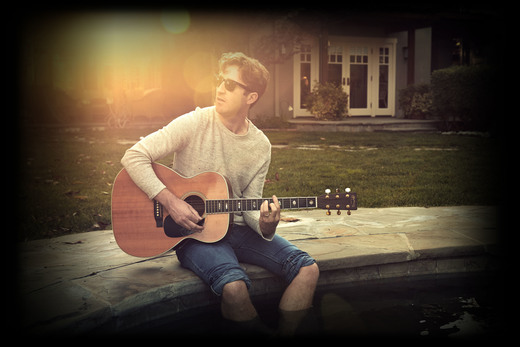 Moore Huffman Grew up in Colorado in the Aspen valley where he began playing guitar and writing music at the age of ten as an outlet for emotion. He attended a private school K through 8th grade where creativity was extremely encouraged, which Moore says was a major reason for his development as a song writer. Many of Moore's close friends began to play music around the time that he did, which eventually evolved into a band. That same band (known then as "The FSU Crew")  stuck together through high school and became a very serious endeavor for all it's members, or as serious as band can be for a but of high school students. This same passion for music brought Huffman to The Evergreen State College (Olympia WA) to study audio recording and music theory. Over the course of a year, Huffman found his way into an apprenticeship at Foundry Studios (Seattle WA) where he met bassist Mark Sassi, who was also an apprentice at Foundry Studios. Sassi was studying music at U-Dub university and offered a solid background in music theory and musicianship.  After playing together for a few months, Huffman and Sassi formed Moore Huffman Band with various musicians coming and going. In February of  2009 Moore Huffman Band released their first EP "Small Town Parlor", a six song record offering a mix of sound found in folk, rock, blues, Jazz, and even a little country, while maintaining consistencies in style that are easily recognizable as Moore Huffman.