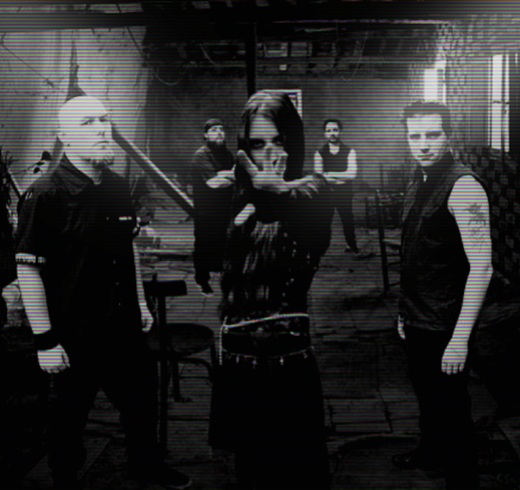 Hailing from London UK this female fronted alternative metal quintet are currently making waves in the UK underground Metal scene.
Although un-signed and with no Label backing Nothing Gained have managed to develop a strong fan base with their unique sound that is as beautiful as it is crushing, sitting unsettlingly somewhere between Paramore & Pantera, and taking influences from the likes of Slipknot, korn, Otep & Metallica.

Nothing Gained debut full album “Hollow Rhetoric” shows great maturity in song writing, blending hardcore attitude with a metal stance, the band have certainly honed their musical skills and sound, all backed up by the wide range of vocal and lyrical skills from Singer/Screamer Emma Finch. The opening track 'holes in Faith' will also give you an idea of what the band is aiming for on their debut full album.

Nothing Gained have previously toured several states in America with the likes of Jane Evil and were met with an over whelming response which has lead them to being asked back in the near future.

In 2012 the band went through a line up change when long standing member Paul. Dave O'Sullivan joined the line up on bass in late 2012 and the band began working on new tracks in early 2013