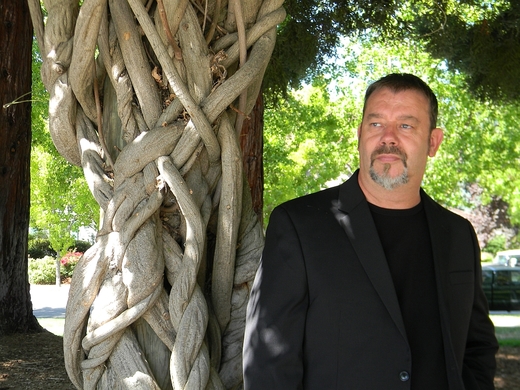 From the Familiar Roads of his hometown of Clydebank, Scotland to the sun kissed beaches of California Peter Daldry brings histalent and unique voice. Peter is becoming the vocalist of choice at Scottish and Irish events in Northern California and beyond, he now resides in Mountain View, CA. Blessed with a strong smooth tenor voice Peter sings the only way he knows how, with power and passion and depth of feeling.

Peter has had the honor of performing the "Star Spangled Banner" for 42,000 San Francisco Giants fans at AT & T park, he has also played at the biggest Scottish games in the world at Pleasanton in California, the Loch Lomond Scottish games, Dixon Scottish games, Livermore, Fresno and a host of other events up and down California

Peter has appeared with such well known Celtic acts as Tempest, Molly's Revenge, Golden Bough, Browne Sisters and George Cavanaugh, Seamus Kennedy and international star Isla St. Clair as well as many others. Peter has played and sang for the Mayors of Dublin Ireland and San Jose CA at the Spirit of Ireland awards. Peter has had the opportunity to have played at the "St. Andrews in the Square folk club" with Jim Malcolm {formerly with Old Blind Dogs} and at the "wee folk club" in Edinburgh with Ian Bruce

" I have to say this: Peter Daldry has the voice of a true balladeer. He has the type of singing that can tell you a thousand stories with just a phrase. A truly remarkable instrument-his voice." --- Celtic Music Fan - Baxter Labatos
— Baxter Labatos , Sounds New! 2


He has been on numerous radio stations and has been in the top 10 for two months in a row on Ourstage.com for his song Familiar Roads from his latest CD.Peter also had the great honor to sing the American National Anthem at ATT Park for a SF Giants game in 2007.You can see this on YouTube. Peter has also released his new CD "Under a Leaden Sky" in August 2012

This makes Peter Daldry "A VOICE TO BE HEARD " .

If you would like to book Peter for a private party or any event please contact him at: contactpeter@peterdaldry.com