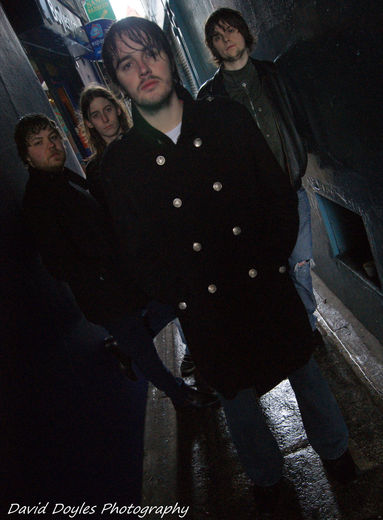 Formed in January 2011 from the bones of Dublin-based band Roadrunner, Sal Vitro are a no-nonsense rock outfit "who capture the essence of rhythm and blues with a rock and funk edge". In their very first gig, Sal Vitro impressed judges and fans alike and won the Live and Unsigned Battle of the Bands
The band also won the Hard Rock Cafe National Battle of the Bands in March 2011 and represented Ireland in the global leg of the competition
In May 2011 Sal Vitro were honoured to not only perform in the Dublin City Soul Festival but to also finish in the top 5 of the festival’s Rising Stars competition Sal Vitro’s much anticipated debut EP, ‘This Thing Of Ours’ was released alongside the band’s debut music video for ‘Strange Friends & Peculiar Enemies’ in August 2011 to rave reviews and has been particularly championed by radio DJs Dave Fanning, Pat Courtenay and Marty Miller
The band have made several appearances on Radio Nova and were also the ‘Nova Recommends’ topic for December 2011. As well as this they have been interviewed and played live acoustic sets on Dublin City FM, Phantom FM, Dublin South FM, Tallaght FM and Kildare TV
When bassist Ger Caulfield was forced to leave the band in October 2011, the inimitable Rourke Bradley was drafted in and the group has gone from strength to strength, headlining shows in venues such as Whelan’s and Sweeney’s and building up an impressive portfolio of live performance videos and live demos. In early April 2012 Sal Vitro released the single and music video ‘It’s Not Love’ which gained exposure in the ‘Something for the weekend’ magazine in the Sun and in ‘The Beat’ magazine in the Daily Mirror
Sal Vitro will be working on their debut album in the Summer of 2012 which will be due for release at the end of Summer 2012 and are planning an Irish tour following the release
Expect big things from a band who are just getting started