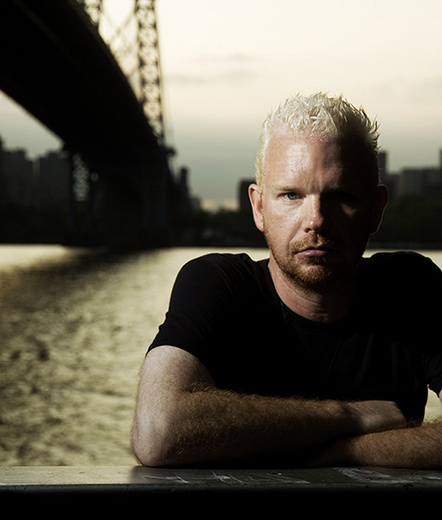 After a decade of working with Commonhaus, phil common is back at home in NYC. He was raised here by a mom that had nothing but music to give him. She was a Julliard graduate and made sure that phil was exposed to the best musical training and performances. By the time he was 11, phil was an accomplished songwriter, guitarist and pianist. His first band show at CBGB was at the age of 16 and he's been on stage ever since.

I write songs to keep living. I see life so vividly sometimes that it makes me dizzy. If I couldn't put those feelings into art, I think I'd explode. I was never very good at painting or drawing, but through music and lyrics I have been able to leave a little of my visions behind me, for better or for worse.
Growing up in New York for an artist is like living in an amusement park. I've spent over twenty years in the city and I still can't get enough of it! The textures of life here are like the most sturdy quilt. The more you run through the patterns the more they give.
Phil is just about to release his latest album "Islands" as an independent. You have a chance to hear a preview of it before it comes out right here, right now. Whether you fall in love with his music and lyrics is not the most important thing. That you listen to his unique way of telling a story through abstract and deeply poetic lyrics mixed with inspiring and "can't-get e'm outta my head" tunes, that's what matters!

We all hope you enjoy his songs as much as he had making them!