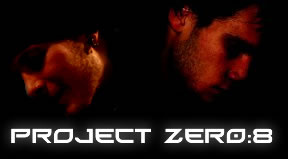 Project Zer08 is the versatile output of producers Ren van den Berg and Ali Schorah, creating music blending experimental and traditional production techniques to create a new sound
Their sounds is brought together by using drum machines, virtual amp modelling, hip-hop & drum n bass loops, a wide range of synths and non-traditional signal processing
In their first year (2008) they produced a 19-track self titled album featuring Josh Weeden and Leigh Holley. with tracks such as disappear and Maxsimise, this album charted high in the soundclick and reverbnation charts resulting in fast exponential growth of their fanbase worldwide

After finishing the first album they started work on the next album 'Nuclear Power' featuring the track 'before she runs away' which thanks to HSS's music universe obtained a platinum Auddy award.