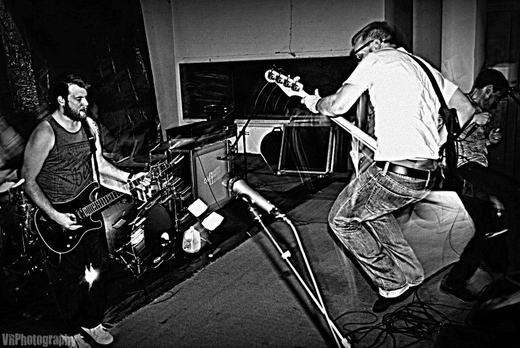 About Tuesday's Too Late

With a great base of loyal fans, and a work ethic few bands possess, New Castle, PA based Post Hardcore act, Tuesday’s Too Late is a force to be reckoned with. Since TTL formed in Fall 2008 they have released an 8 track E.P titled “IT”S A TRAP!” in the summer of 2009”. Played numerous shows throughout Pennsylvania, New York and Ohio. Last Summer, Tuesday’s Too Late has released their E.P titled "This Is Why We’re Not Good Friends,” which can be downloaded for free online. Tuesday’s Too Late has had the honor of sharing the stage with national acts such as: Emmure (Victory Records), Of Mice & Men (Rise Records), Four Letter Lie (Victory Records), Sleeping With Sirens (Rise Records), Lovehatehero (Ferret Music) Dance Gavin Dace (Rise Records), Emarosa (Rise Records), Framing Hanely (Silent Majority Group), Sparks the Rescue (Fearless Records) and The Wonder Years (Hopeless / No Sleep Records) and many more. Yet they have just recently finished up their highly anticipated FULL LENGTH album “Hope For The Best, Prepare For The Worst,” which was release on December 9th.

Each member of the band has totally immersed themselves into this album and their instruments. Each song tells an extremely personal anecdote about the battles of maturity, self-actualization, and other emotional hardships. The vocals are dripping in despair and hate, yet carry powerful melody and strife. Behind the monstrous vocals are the power-packed guitar riffs and rhythms that deliver body and form to the beast that is Tuesday’s Too Late. Finally, the legs that carry this horrific rock brute are the technical organizations of the drums. Perfectly bringing a whole new sound to each and every song, the drums dish out tactful bass licks and intense fills. There is not one single note on this album that you won’t be drooling over. This is an up-and-coming band that isn’t going away anytime soon.

Find these punks at: