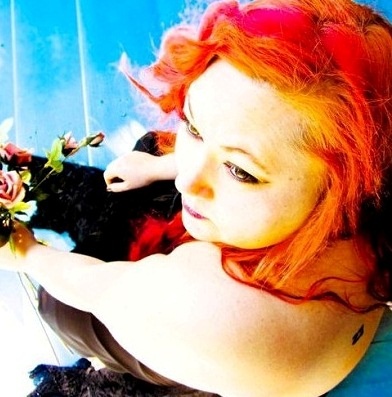 Rachel Bockover is a young singer-songwriter who performs all the music on her original recordings, for which she also serves as executive producer. Additionally, she shoots, directs, edits, and posts her own videos, as well as performs and produces live music and dance events in her native west Sonoma County, California. Already an influential and accomplished alternative-folk performing/recording artist, Rachel is a significant new voice in music.
Music was a constant in Rachel’s family life, given that her father is an audio engineer and composer who played guitar with the late, great Norton Buffalo, and her folksinger mother raised the children with song. With such a musical family tradition, Rachel’s creative talent was always encouraged. At age 13, she began playing piano and guitar in earnest, and writing her own songs, as well as developing as a dancer and performer. She showed a particular interest in belly dance, hence the Middle Eastern influences heard in her music. At 16, Rachel stepped out as a singer-songwriter, performing at a fire department benefit in her hometown of Cazadero. Encouraged by the enthusiastic response she received from her audiences, Rachel continued to write and went on to perform at larger events, including the popular Strawberry Music Festival and the annual Harmony Festival, the most well attended annual arts event in Sonoma County.
Rachel writes introspective, soulful ballads incorporating her unique vocal melodies, along with ethnic rhythms and modern semi-acoustic musical styles. Her style is best described as alternative-folk with alt-rock, Native American ceremonial music, world, goth-folk, and Celtic elements. Rachel credits her parents as her first musical influences, followed by The Beatles, Cat Stevens, Ian Anderson (Jethro Tull), Tori Amos, and Elizabeth Fraser (Cocteau Twins).
Rachel recently formed her own publishing company, Rachel B. Publishing (ASCAP). Working with award-winning producer/engineer, Paul Carlsen (whose client list includes Nirvana, Neil Young and Crazy Horse, John Prine, Gregg Allman, and many others), Rachel is currently putting the finishing touches on her first studio release, to be titled My Evil Twin. With an original and compelling style, Rachel Bockover is an artist with a contemporary story to tell and a stark, modern, original sound with subtle ethnic and spiritual touches.