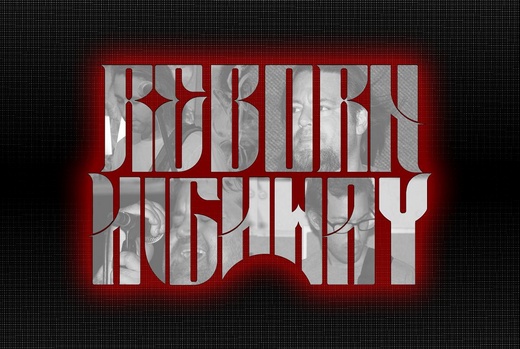 The hottest thing to come out of South Florida since the summer, Reborn Highway is a hurricane filled with rock, blues, pure soul, and funk combined into a jam sound between four musicians. With high energy live shows that rival the likes of Led Zeppelin, J. Geils Band, and Gov’t Mule, bands that are known for live shows, Reborn Highway has a memorable sound can definitely please any crowd.

The Reborn Highway, consisting of band members: Josh Pertnoy (Guitars), Rich Conklin (Drums) and Ryan Mishkin (Bass), have been the backing band for many local acts, first known as Siloh, with Scott Allen Brown on vocals, releasing their self produced debut 2 disc cd, One Key Bullet, in 2009, and most recently as June Bug and the Reborn Highway, with Amanda Covetskie on vocals, who’s cd, No Cover,  was released in 2010, just prior to her leaving the band. They have won over crowds all over Florida, from Miami-Homestead to the Daytona area, playing shows such as Moonfest 2010 and Close To The Edge Festival in Edgewater Florida, and were featured as Skope Magazine’s Sonic Bids Artist To Watch 2010.

In March of 2011, the band continued writing, recording, and looking for new band mates. After several answered ads and auditions, they found their match in Nash Carey, a singer/songwriter from Austin TX who stresses the emotional soul of music. The perfect addition to the band with style and creativity drawn from the same vein as the rest of the band, he was just what they’ve been looking for. They immediately began writing together and coming up with their live performance, each showcasing their musical abilities. In May 2011, they recorded Rebirth, a 5 song EP containing all new originals, and have hit the road running. Be sure to catch them when they play your town. You definitely don’t want to miss them!!

Nash - Nash hails from the music capital of the world, or so he thinks, Austin, TX. He has a soulful voice and those who have watched Nash sing have made a reference to a Joe Cocker-ish mannerisms and style. Nash has opened up for the likes of Collective Soul, The Meat Puppets, Candlebox, Brother Cane , Willie Nelson, Pat Green, Cross Canadian Ragweed and The Arc Angels to name a few. Once you see Nash and Reborn Highway, you will realize you are listening to one of the most unique sounds to come out of south Florida. "I don’t always sing, but when I do its good...stay thirsty my friends"

Josh -  Josh's guitar styling’s have been linked to Stevie Ray Vaughan, Jimi Hendrix, Trey Anastasio, Derek Trucks and countless others, yet his sound is truly his own. Once his fingers hit the frets, it's on. Anyone who has seen him in action can attest to this fact. You won't be disappointed when you hear it firsthand.

Rich – Rich began playing drums at the age of 7, soon afterwards also picking up the guitar. Self taught throughout high school, he began expanding his eyes and ears to all different styles of music, studying Jazz/Fusion, Indian and Latin rhythms, blues, etc. Rich was invited to audition for the band Siloh after an impromptu meeting with Josh at a BB King show in West Palm Beach. At that audition, each member realized this was magic in the making, with each pushing the other to further inspired heights. You can hear influences of and Terry Bozzio, Steve Smith, and others in his playing.

Ryan - A lifelong guitar player, it was a random move to West Palm Beach that changed Ryan's musical course. Guitarist Josh Pertnoy was starting a band and needed a bass player when he asked Ryan about coming to jam with him on the bass. Always up for a challenge, Ryan decided that it might be fun to see what happens. The rest, as they say, is history. The bass felt like an extension of himself, and he has been honing his unique style ever since. Influences from Allen Woody to Mike Gordon to Jack Cassidy can be heard.