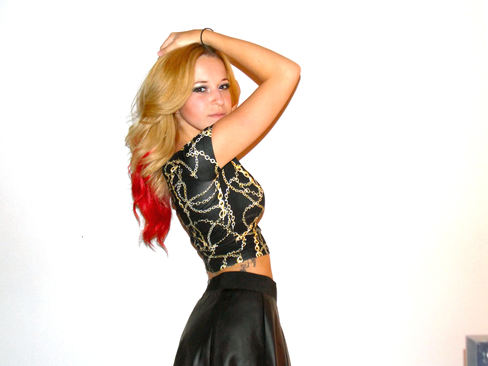 Singing since she was able to talk and performing since she was 6
years old, RIA is capable of singing in any genre that is requested of
her. She has been compared to such artists as Jewel and Christina
Aguilera with the maturity, charisma and professionalism of any adult
recording artist. Ohhh yeah: RIA is a mere 16 years old! With her
amazing voice naturally a gift from God, each word RIA sings comes
straight from her heart and delivered with such soul, it will bring
tears to even the strongest of men’s eyes.
Not just another “Teen Singer”, RIA has skills from performing
all these years, combined with unstoppable youthful energy that
results in an accomplished true artist. At the young age of 11, RIA
performed solo with conductor Keith Lockhart and the Boston Symphony
Orchestra, which he was quoted saying : “RIA has it all … a voice,
communicativeness and just enough attitude to know she belongs on the
stage."
RIA is able to capture her audience bringing them into a magical
world all her own and has true star quality that you can only be born
with. RIA has performed in numerous stage productions including a one
girl show in NYC that was written exclusively for her. She has
performed many live concerts and benefit events and has won a
phenomenal amount of awards including "Best Pop Artist" at the “Music
on and Up” Concert held at the Hard Rock Café in Boston and was one of
the top four finalists in the “Berklee College of Music Battle of
the Bands”!
Some of her recent performances include: Voice of Vita for the
animated Fable-vision series “Zebra Fish”, Einstein's
Breakfast, Fenwick Island, Lowell Spinners, Haunted
Happenings, Salem, First Night Celebration, Boston & Hard Rock Cafe,
Boston. She also is no stranger to the stage is looking forward to
building a life long career in music. Her true passion is for music and to touch people through song!
This young, new artist is truly unparalleled in the music world. She, through the shear majestic power
of her own voice, has transcended the myriad bargain bin pop-punk princesses into a profound creative force. Her voice not only refines the word “power” in power-pop in her more upbeat tracts, but can flawlessly transform itself, becoming heartbreaking, delicate and haunting. The emotions and experience she evokes are made all the more impressive when one discovers that her artistic potential has not yet peaked at a tender 16. Ria is an artist whose fresh new style of classic rock and roll has just begun to shake the music landscape. You have been warned 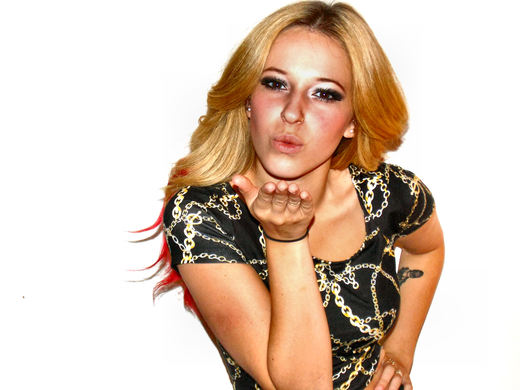