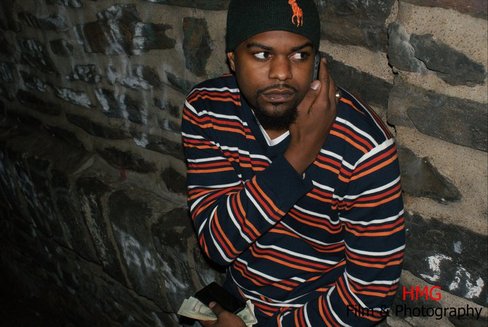 Riz Mac is a lyrical rapper from Yeadon, Pa, (which borders Southwest Philadelphia) and comes from a large family rooted in West Philadelphia. He has been rapping on and off since elementary school, but during Riz Mac’s senior year of college he started writing songs while other rappers focused on freestyles. As an artist, Riz Mac keeps improving and incorporating different styles and skills in his craft, blending 90's and current hip hop, with soul, R&B, and a little pop at times. He may use a fast or moderate pace “flow”, he will “chop up bars” and sometimes " strings bars out". Those different styles add to Mac’s originality in which he prides himself in along with delivering creative and lyrical music.

Hard work is the key to success. Riz Mac’s passion for music is the fuel that keeps his drive going and keeps him motivated. In 2006, he filmed, edited, and distributed “Y-Town’s Finest Vol.1” with just a camera and an old laptop. He has since continued his hard work releasing singles “The Weekend”, which earned him a “Top 10” spot in an online competition with over 2,000 competitors, “Baby” and “Get Down” featuring Rell Matic as well as a few freestyles which were featured on his debut mixtape “The Balance”, which was released in late March 2011. There are a lot of rappers whose music portrays a fraudulent image, do not worry beacuse Riz Mac is 100% authentic and will not change!