Ronnie and Heather Whitley Gibson have been married for over two years now. They have been writing songs since the day they met. Heather writes the lyrics, and Ronnie writes the music. Both are involved in every aspect in the production of these songs. Heather has been an accomplished artist, as well as a poet, most of her life. Ronnie has been a musician-songwriter for over twenty years. Together they produce unique songs of all genres. With more songs on the way, these songs are just the first of many to come.

Heather Whitley Gibson, born in Winnipeg, Manitoba, grew up in upstate New York. She has been writing poetry, and creating artwork all of her life. She did her undergraduate, and graduate work in Fine Arts and Art History with a strong emphasis in poetry and philosophy. Heather founded two of the top progressive art galleries in Cincinnati, Ohio which continue to have a solid influence on the art scene. She still promotes the Ohio Arts, and continues to exhibit her art, as well as writing poetry and song lyrics daily.

Ronnie Gibson is a singer, songwriter, and musician from Cincinnati Ohio. He has over twenty years experience on the guitar, bass guitar, keyboards, mandolin and dulcimer. Ronnie has played in several bands in and around the Cincinnati, Ohio area. As a professional songwriter he has had continued success on various websites while receiving songwriting offers along with wife Heather Whitley Gibson. Ronnie continues, as in the past, to produce all original music in their audio workshop.

Producing songs together, Ronnie and Heather Whitley Gibson have branched out artistically. Heather, having a background in piano, has recently taken up the art of the stringed instrument along with voice. Ronnie, having renewed his interest in poetry, has also become more involved in visual ideas. Collaboration has provided a foundation that relies on accommodation and respect enabling a unique exchange of artistic values and techniques. Ronnie and Heather Whitley Gibson continue to benefit from each others background while fine tuning their unique songwriting. 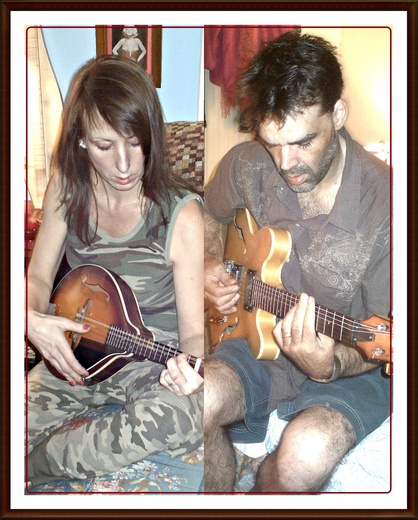