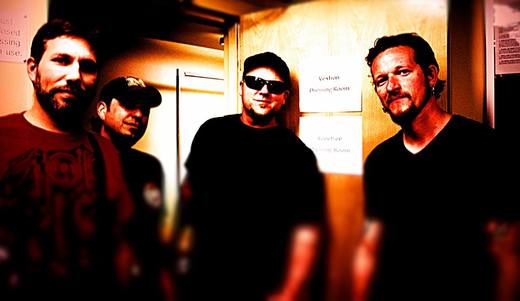 Ropetree is made up of four army ants plotting a way to take down a praying mantis. You can only duct tape the anger and life frustration so long. When the volcano erupts you get Ropetree!

Started in 1995, the band was determined to create original music with a hard core edgy sound in a time of nothing but cover bands. Throughout the years they stuck to this mantra, defying the odds and creating a loyal following. Their songs range from a heartfelt confession to hard, in your face rock served with a side of pop-esque sarcasm.

Words cannot encase the flow of emotion that floods a listener when accosted by the intense sounds of Ropetree. They not only perfect their version of a modern, progressive, hard rock sound, but they manage to purify the music before it touches your ears. One could almost taste the passion and sentiment intended when listening to songs like "Evil in Me" and "Your Welcome." Allow yourself to be intoxicated with a music so rich, that only a few can remain sober.

Nothing has been given to these guys; they have earned every ounce of their respect, proving they do it because they love it.

Currently you can find Ropetree’s complete music catalog on Itunes and also on, Facebook.com/Ropetreeband and Twitter.com/Ropetree.