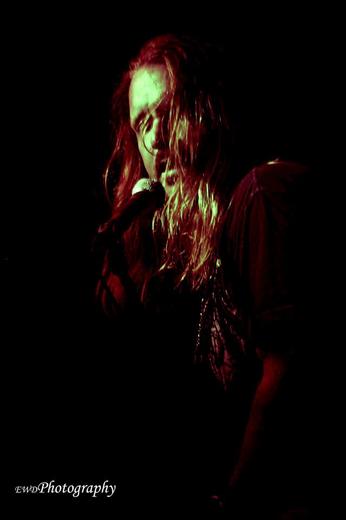 Rosco Caine has been cutting out a niche for themselves, around Northeast Florida, like no other band in a very long time. They don’t call their music Southern Rock, other people do. “Swamp Rock” is the term the boys use, for their particular brand of rock-n-roll. Rooting their feet in the classic traditional southern guitar sounds, and keeping their heads in the present, is what has kept this band from being just another southern rock band. Swamp Rock refers to the darkness the music possesses without being dark music. It is a blend of the old and the new, what was and what is, and what should always be. The band was founded by Will Sabo, a singer-songwriter from the outskirts of Jacksonville, Fla. Sabo travelled the Southeastern U.S. playing music since the early nineties. An aspiring musician his whole life, he finally took the opportunity to pursue his original music, after seeing the direction mainstream rock was taking, and not wanting the traditional rock sound to be left behind.

With all the key ingredients in place, Rosco Caine has set the bar very high and continues to win over fans at an almost viral rate. Playing for 50 people, they perform like they are playing for 5000. While playing for large crowds it seems as they are playing for their friends. Rosco Caine delivers the intensity and all the while, maintains the intimacy it takes to win the hearts of the fans. Playing in the cover market, they have established themselves as a dominant threat. Strangely enough, the original music seems to be what the legions of fans keep coming back for. With two fan clubs already formed in their market, The Caine Train and The Swamp Rock Mafia, with a combined membership just over 2000 fans, their following seems to be growing more and more every day. They just completed recording the tracks for their highly anticipated self-titled, debut CD, slated for release Oct 1st, 2011. So, whether it’s classic rock with a fresh twist, or something new that is easy to absorb and relate to, Rosco Caine just might be the missing link, the bridge between the past and the present.