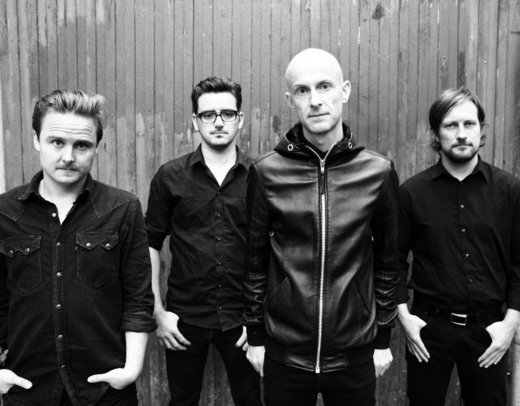 Rune and The Brakemen

About Rune and The Brakemen

Rune and the brakemen is a “Jet meets Queens of the Stone Age”-rock band out of Aalborg, the fourth largest city of Denmark, the city famous for cement. The four guys play tight guitar-based rock songs, made for the live stage. Despite being a newly formed band, Rune and The Brakemen has performed in all major venues of aalborg with their no-holds-barred rockn'n roll show. Rune and the Brakemen play live shows in every sense of the word, no back tracks, no choreography, no lasers and no hidden quiregirls behind the curtain. Even the guitar solos vary from night to night, every show is special, every show is real.

In the summer of 2010 four friends from Aalborg, Denmark, started putting together raw sketches in a old bank box under ther central part of the old cement city. Knowing each other since highschool, Rune (lead vocal, acc. guitar, songwriter), Bo (bas, vocal), Simon (drums, mustache) and Mikkel (guitar), all with extensive experience in other Aalborg based bands, started to meet and jam. In a creative mood of guy's jokes and night-outs in “the street”, Rune stepped up and started writing simple rock songs about love, politics and confused souls. This spurted months of riffing, head nodding and sweating in the cramped bank box, as the band turned Rune's acoustic musings into full bodied rock statements. The inspiration besides the classic rock-bands like Jet, Queens of the Stone Age, the Foo Fighters and AC/DC, was the grit of Tarantino movies and the nerve Jack Kerouac's books, particularly “On The Road”, from which the band name “Brakemen” is inspired.

After recording four songs over a couple of weekends , the band started playing concerts, building a following in their home city. Word of mouth turned one concert into five , then into ten, as the rumor of the new live-act spread.

In january 2012 the gang of four recorded two songs; the new “Cuttin' Myself Loose” and a remake of the hit “You're Like California” at the studio of Kasper Westeraa.

Help spread the word, check out the songs and live show video clips at www.facebook.com/runeandthebrakemen - you can freely download the mp3's there too.