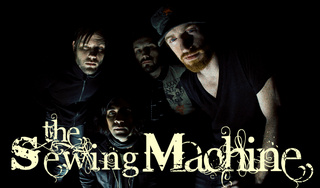 Based out of Austin, Texas “The Sewing Machine” was
Formed in early 2009 from the ashes of several other
regional and national groups. The demise of these acts
lead to the formation of “The Sewing Machine”
providential timing and acquaintances. The
vocalist/guitarist Alex Sepassi has recently relocated to
Austin from NYC with hopes of finding a more grass
roots musical experience. He quickly met Drummer
Nathan Kinney who already had a working relationship
with Rodger Fuller on Bass from this previous band. The
band came into full form once guitar player Jason Babin
joined during his bands hiatus. Jason had previously played
with Nathan Kinney years before in Austin.

“The Sewing Machine” quickly began writing in 2009
and went song-to-studio in preparation for the upcoming
EP tentatively scheduled for a spring 2010 release.
Stay posted for upcoming releases and dates.