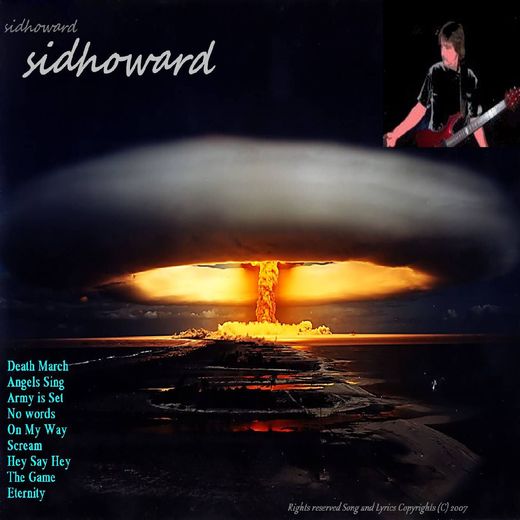 ROCK ON PEOPLE..... Sid started playing piano when he was 4 yrs. old He didn't really care for it then (since his dad made him do It). He Studied classical and Jazz through school Playing the trombone where he had 2 scholarship offers, was in the allstate band, and was on 3 albums before he graduated high school. The jazz band he was in took 1st. place in the Reno International Jazz Festival where he had a featured solo, which drew a standing ovation. collage didn't work out so he started rocking!!!(bass,6 string keyboards,vocals) One of the rock bands Sid was in had a single on KGON radio station in Portland Ore. They Played the major clubs and was KZEL's rock band In Eugene Ore. Bands have come and gone for Sid So he decided to write his own songs. ALL PARTS ARE PREFORMED BY SID ON A POSITIVE NOTE SID LOVES KIDS AND REALLY HOT GIRLS" IF THAT HELPS HIS STANDING'S IF NOT HE STILL LIKE'S REALLY HOT GIRLS.,.. bio on demand... Thank-you Sid Howard All songs and lyrics(P)