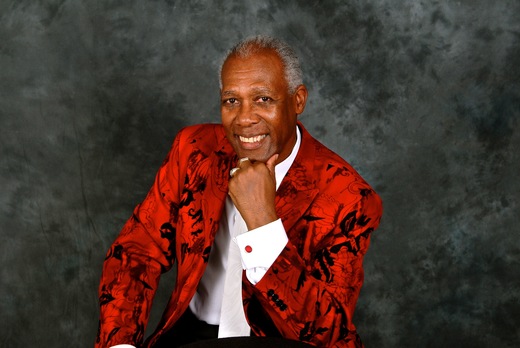 While most baby boomers were being swept up in the Rock & Roll madness of Little Richard and Elvis Presley, Stan Gilmer was checkin' out the cats makin' the scene downtown in "the Village" and turning a broad swath of Manhattan's "Tin Pan Alley" into the jazz capital of America. It was Bee-Bop and blues for Stan, cool cats and swing, or bust.

Born March 2, 1948, Stan grew up "down neck" in the Ironbound section of Newark, New Jersey. Life was tough, sho'nuff, but Stan certainly saw and heard enough to fill a jazz and blues singers repertoire for life. He acquired an early ear for the great crooners and performers of the day like Roy Hamilton, Harry Belafonte and Johnny Mathis. The words were one thing, but Stan's instincts were drawn to the arrangements that supported the melodies, and gave the music passion... feeling.

Like other youngsters back then, Stan would often lip sync the most popular groups with the biggest hits, like the Dominoes and the Flamingos. He spent a lot of time rummaging around the neighborhood singing "Stormy Weather" and "I Only Have Eyes For You." Stan flipped out over the Miracles while in high school. And then he heard The Temptations and the satiny smooth voice of Eddie Kendricks. Of course, Stan started shooting for Kendrick's falsetto keys. In fact, he joined a local group out of Jersey City called The Young Temptations. The Temp's "Mellow Mood" album drew Stan into the musical world of the great American songwriters Rogers & Hart, Cy Coleman, Cole Porter, Rogers & Hammerstein and Lerner & Lowe just to name a few.

As his musical tastes grew, a melodic metamorphosis took place. Stan began writing his own songs, simulated by the energy he could virtually feel from the great composers of the past. But it wasn't until he got a load of Sarah Vaughn, Billy Eckstein, and eventually, Sammy Davis Jr., that Stan realized the most effective range for his particular vocal style. He fell in love with jazz and the big band sound. That was that, and musically, there was no turning back!

The years spent at Hawkins Street Grammar School and East Side High School were filled with many days and nights of the most common form of teenage expression at the time -- singing doo-wop under the street corner lamp posts, in hallways and at other popular spots around the neighborhood. Talk about tough crowds and rugged nights! It was time well spent, though. Those days contributed to Stan's growth as a performer, and a person. By the end of his high school years, he was already making the rounds of local clubs, including Newark's infamous Mr. Wes and the Orbit Lounge, and the Peppermint Lounge in Orange.

In 1975, Stan moved to Northern California's Bay area and teamed with Harvey Scales as a sometimes chauffeur and developing songwriter at Super Disc Productions. While there, he composed "Atlantic City: That Big-Time Town" with Harvey, and later recorded it with legendary bandleader Frank Foster. Shortly thereafter, Stan signed on as a staff writer with April Blackwood Music, a subsidiary of CBS Records. Harvey had just penned "Disco Lady" for Johnny Taylor, and Stan spent a lot of time traveling with him on concert tours. In the process, he met (and picked the brains of) some of the legends of music, including Ray Charles, The Temptations, The Dramatics, Tavares and a very young Michael Jackson at the Grammies, where "Disco Lady" was nominated.

Stan returned to New Jersey in 1980 and began working on his college degrees. In the mean time, he hooked up with super-pianist Michael Renzi at Cafe Carlyle in Manhattan while Renzi was sitting in for Bobby Short with Sylvia Syms. Mike invited him out to see Mel Torme, and before the night was over, Stan was rubbing elbows with pianist George Shearing and Ron O'Connell and his orchestra. As their relationship grew, Stan began compiling demos with Renzi, who at the time, was working with sidemen drummer Vinny Johnson and bassist Ben Brown. (Johnson and Brown were working on Lena Horne's Broadway show.) Along the way, Stan performed with some of New York's most accomplished jazzmen, including a swinging performance at Newark's Gateway Hotel with Tony Monte, Frank Wess, Jack Jennings and bandleader Tony Corbicello.

While at Essex County Community College (1980-1983) Stan hooked up with Dr. Aaron Bell's Jazz Ensemble, and played a gig at one of New York's premiere jazz venues, St. Peter's Church.

While at Fairleigh Dickinson University in Teaneck, Stan worked with Professor Romolo Ferris' Jazz Workshop developing his songwriting and music notation skills. Between 1983 and 1986 Stan worked regularly with local big bands, including the John Glock Orchestra, Joe Carson's big band and the Rod Ruth Orchestra. The crowning achievement of this period was a featured performance with Frank Foster and his Loud Minority, during the Billy Taylor Jazz Mobile at Grant's Tomb, in Manhattan.

With his formal education concluded, Stan hooked up with the Chink Wing jazz group in Newark, working along side Ann Bailey as the male vocalist. Another demo session came along with Eddie Kendricks. There was work at the famous Hit Factory for Eddie's representative, Marc Kristini. There were also some commercial jingles for Gibraltar Transmissions and still more club gigs keeping Stan busy.

In 1995, Stan packed up his wife of 34 years (and counting), their daughter Penny and son Stan, Jr., and moved to Howard County, Maryland, where they live today. He works regularly with The Whit Williams "Now's The Time" big band, the Chuck Funn Orchestra and the Jimmy Wells quartet and has headlined recently with the Howard Burns Orchestra at Frederick (MD) Community College.

In 2003, Stan founded the Colonnade Of Music record label. The label's first effort is "Stan Gilmer Sings Sammy," with John Mosca leading the Vanguard Orchestra, recorded at Bennett studios in Englewood, NJ. Stan and Mosca "turned out" the 2003 Hartford Jazz Festival, with Jim Argiro conducting, straw boss Dave Glasser and Canadian Warren Chiasson on vibraphone. (Look for more from Stan and Warren in the future.)

You may not have heard of Stan Gilmer before, but you'll be looking for more from him after you tap into "Stan Gilmer Sings Sammy." Stan will be presenting a full performance schedule on this website, soon. A return engagement at founder Paul Brown's Hartford Jazz Festival is also in the works.