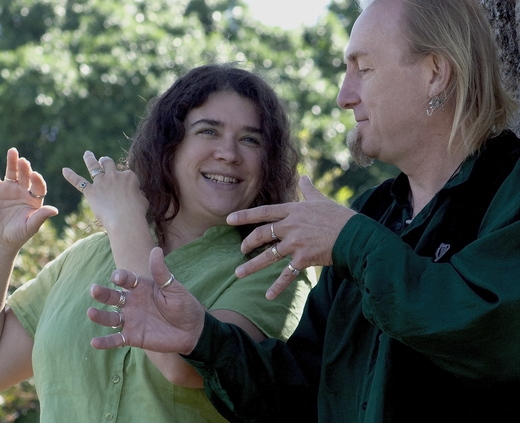 The Harper and The Minstrel

About The Harper and The Minstrel

This duo specializes in beautiful airs and ballads,the occasional jig or reel, many of their own original compositions, unique arrangements of Traditional and Early Music and creative acoustic covers of Standards and Classic Rock songs.

For the past decade The Harper and The Minstrel have brought their music to many venues in America including Folk﻿, Renaissance, Medieval, and Celtic Festivals, Coffee Houses, Libraries, Senior Residences and Farmers Markets.

"You can best judge a musician’s acumen by the way they interpret music, whether that music is familiar to you or obscure...Jay and Abby Michaels’ deft adaptations of songs from Sting to Robert Burns are thrilling, and they reveal the pair to be artists of some skill.
-Motif Magazine
"Sheer uniqueness" -Dirty Linen Magazine
"Gentle, lovely music" -Renaissance Magazine

The Harper and The Minstrel