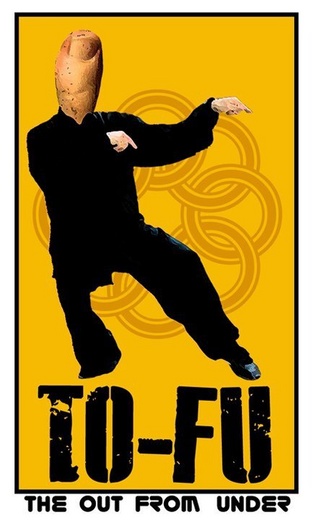 The Out From Under also known as "T.O.F.U." is a hard rock band from the one and only state of New Jersey. The group's line-up consists of vocalist Oscar Sanchez, bassist and backing vocalist Felipe Vargas, guitarist and backing vocalist Miguel Morales, guitarist Kevin Reyes, keyboardist Elyse Scarpino and finally drummer Bryan Manzali. The band's recorded songs are said to sound similar to rocker...s P.O.D. or Linkin Park, as well as groups like the Red Hot Chili Peppers and Rage Against the Machine
T.O.F.U.'s charismatic and electrifying live performance has been turning heads and causing a stir in northern NJ's music scene. The South Bergenite says "The Out From Under's hard riffs are not for the tree-hugging masses." Brian Anderson of The South Bergenite also says "T.O.F.U. is an ever evolving hard rock machine." One of the band's biggest goals is not to conform to a popular sound or look, always staying true to themselves and to the music. Call It a crusade or a creed if you will. The Out From Under is constantly changing, experimenting with new sounds and being inspired by often-differing influences. With the recent release of their debut EP "T.O.F.U. On Attack!" the band is doing just that! Launching a relentless assault of shows and working around the clock to promote their music.