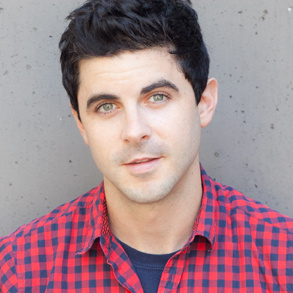 Tim Blane’s new album was almost cancelled due to weather.

In February 2010, Tim and his band sat, shivering, in a Virginia recording studio. After two days with no electricity, heat, or running water, they wondered aloud if they should cut their losses and make the 14-hour trip back to Boston. Producer Chris Keup entered the room, informing them that the 30 inches of snow on the ground meant they weren’t going anywhere. He stated simply…
“You can’t go back.”

Now, after a year of trips back to Virginia and recording sessions in Tim’s apartment, the album is finally ready. It seems that Mother Nature wasn’t actually against Tim releasing a new album. She was just gonna make him work hard for it. And the title, “You Can’t Go Back” serves as a reminder that this collection of acoustic pop songs almost didn’t see the light of day.

On the one hand, Blane’s career has followed the traditional singer/songwriter path. Since 2006, he’s played clubs and colleges throughout the US, slowly building a grass roots fan base. Along the way he has shared the stage with acts like the Goo Goo Dolls, Cake, OneRepublic, KT Tunstall, Fabolous and Sister Hazel. He’s garnered accolades like a Boston Music Award nomination, 2 finals appearances in the Starbucks Songwriting Competition, and 14 different Ourstage.com wins. Additionally, CAA’s 2009 “Cassandra Report” named him (along with acts like Lady Gaga) an artist to watch.

Yet on the other hand, Tim has taken some very unusual paths. Since 2009, he has been seen in millions of homes teaching guitar and piano lessons as the teacher in Apple’s “Garageband” program. He was also hired in 2007 to write custom ringtones for Pepsi. And this past summer he made worldwide press for performing at a Presidential wedding.

Now with the May 2011, release of “You Can’t Go Back,” Tim hopes that this album full of catchy acoustic pop tunes will appeal to his fans old and new, as he hits the road to support it.

And he bought a set of snow tires just to be safe.