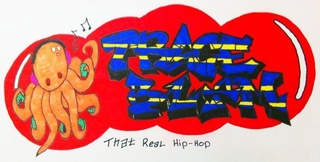 Trace Blam
Born an raised in Baltimore city, Trace Blam's musical influences have always been whats fueled his development as an aspiring artist. With house parties and backyards being the only way to showcase his talent, pursuing music was never a priority as much as it was just a fun hobby for the now up-and-coming MC. Tired of being the embodiment of unused talent, in 2008 Trace set his eyes on Baltimore's underground hip-hop scene. After proving his worth in the artistic community by performing at open mics and talent showcases, Trace began networking his way into being a featured act in a slew of Baltimore hip-hop events. In a years time Trace managed to make an appearance on 92Q's "Tuesday Night Tapout MC Battles" and opened up for acts such as Freeway, Ill bill, vinnie paz, L.E.G.A.C.Y., d-12, pac div, along with various other acts. This MC has creativity that can’t be measured and blunt lines that can’t be denied. His delivery and voice flow perfectly with his lyrics and sentences. Trace is real good at switching up his voice and flow to the melody of every beat. Listening to Trace Blam will remind you there are still rappers with a heavy style who aren’t intimidated to call other MC’s out on their fabricated rhymes. Trace is on a mission to get wack rappers out of the game and his lyrics and flow show no sympathy on them. Many lyrical artists tend to stay away from upbeat tempos thinking it's not good Hip Hop. Trace is able to jump on any tempo and prove the non-believers wrong. Not only does he make music that can appeal to any type of Hip Hop fan but he also does it while keeping his lyrical and creative skills on the track.