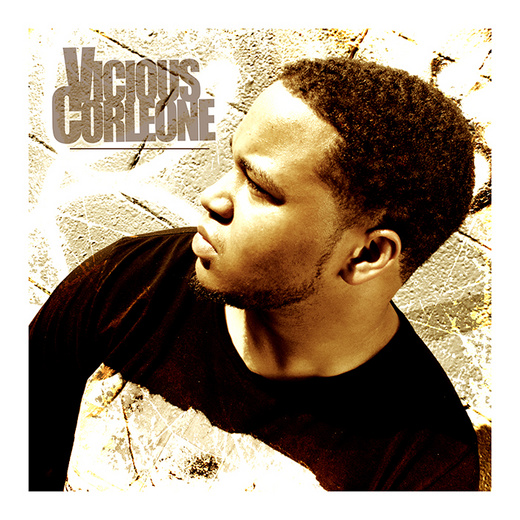 Over the Skies of, GA

Born and raised on the Eastside of Atlanta Georgia, Vicious Corleone looks to create his own lane in the southern hip hop scene. Brandishing his own style of Rap he likes to call (Southern Rebel Music) Vicious’ lyrically intricate approach separates him from the widely popular “snap n’ trap” artists that dominate Atlanta’s rap scene. Mixing a classic 90’s hip-hop style of rap with various types of music ranging from up tempo bass heavy tracks, to rock n’ roll influenced alternative tunes “Vic” looks to create music that uplifts and motivates while covering a wide range of topics that influence our society. With songs like “Organized Madnezz”, “Legend”, and “Showin’ Out”, Vicious Corleone looks to challenge the idea that all Atlanta has to offer is dance hits and trap music.

Vicious Corleone was born Terance Williams in Atlanta, GA early 1985. His parents, Bennie and Martha, would soon after buy a home in Lithonia, GA when Terance was just 3 yrs old. At the time the area had not been developed and consisted of a small population. Here, Terance would develop his skills as an M-C and eventually become Vicious Corleone. As the city of Lithonia grew, so did he. Influenced by fellow Atlanta recording artists such as Outkast and Goodie Mob, Terance knew he wanted to become a rapper by the time he was 11 years old. He had also been introduced at a young age to Rock music. His father, who was a fan of 70’s Rock icons Queen, The Eagles, and Journey, did not allow rap music in the house, so Terance would have to venture from home to listen to the music he had grown a passion for. He started out writing raps to popular songs on the radio and freestyling on the front porches and basements of his friend’s houses. By the time Terance began attending Lithonia High School, he had earned the stage name “T-ROC” from his friends. But after discovering that another Atlanta rapper by the name of “T-ROCK” had signed a deal with 3-6 Mafia, Terance looked to one of his classmates for inspiration when coming up with a new stage name. After hearing Terance freestyle over an instrumental track produced by Dr. Dre, his longtime friend and classmate at the time described his style in one word, “vicious!”

Vicious, an adjective meaning nefarious, immoral, and dangerously aggressive would seem to be a negative connotation to some. To Terance it was the perfect word to describe his attitude when faced with opposition. Vicious, it was the best way to characterize who he became when he was challenged, an alter ego; a passionate, powerful presence released only when under pressure. Vicious, would become his name, he would soon embrace the title with lyrically aggressive songs that would challenge the current state of Atlanta’s hip hop scene.