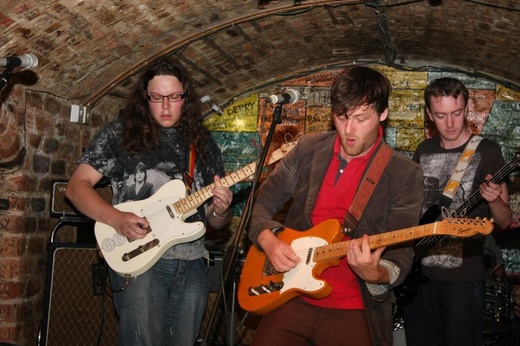 We are burkes lounge

About We are burkes lounge

We Are Burkes Lounge are an alternative indie rock band from Limavady / N.Ireland. Forming from a previous 3 piece band with an additional guitarist in 2009 they went for the new name and a new sound. A sound which is comparible to Arctic Monkeys but with a heavier twist!
2010 saw the bands first studio experience with the recording of their debut EP "Willing to Confess". The third track off the EP. "Whatever Happened", made it's way onto the NI Chart where it stayed at number 1 for two weeks. With this success and plenty of gigging in the Co.Derry area, WABL got booked for their first festival - MacFest

The band set out to form their own distinct sound and this has evidentally been achieved.

We are burkes lounge