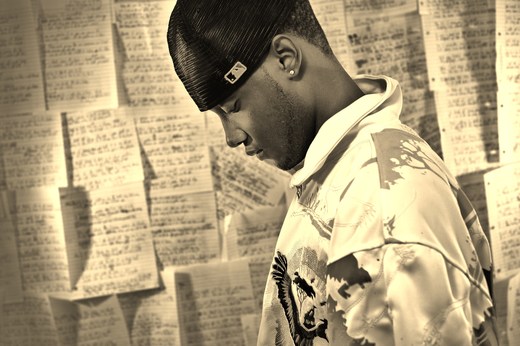 YShaws is a driven, talented, determined perfectionist, who would like to cross borders in music and develop his talent as a Hip Hop artist into an overall musical success. So often music is classified into genres. YShaws is a true music lover, who envisions music to have no borders or boundaries, breaking the cycle of being placed in one category. If you want to call it, Hip Hop, then that’s fine, but he’d call it undeniable music, instead of classifying.

The Toronto native was born to parents who constantly played music around the house. Although he never really had a vision of rapping until 2000, he always had a love for Hip Hop. Always had a love for the legends. His natural gift to write and create music became predominant in his early teen years, kicking it in his room listening to B.I.G., Jay Z and Nas who were inspirations to his musical genius and immaculate lyrical ability. His love for basketball took a backseat to his dream of becoming a lyricist. He chose to enlighten minds and reminisce about what hip hop used to be. In 2006, Yshaws’ first single hit the radio waves titled “Right Back Oh My”, Produced by Grammy nominated Boi 1da.

YShaws was the first artist to purchase production from Boi-1da in 2003. He has worked with other Toronto artists such as: Kim Davis and Darryl Riley. DJ Green Lantern has also acknowledged YShaws’ music and contacted him to put a song on to a mix tape with various artists. In 2009, Champ Magazine who is a well-known and respected media outlet, who has interviewed a variety of celebutants, Grammy nominees as well as up and coming artists. They became instant fans the minute they heard YShaws’ classic delivery and creativity. How could they not respect and embrace this talent.

As YShaws makes a steady incline in the hip hop game he leaves behind the adversities he faced on the come up, yet still, not forgetting where he came from, but looking onward toward the future and leaving the non-believers in the rear-view. The well-known phrase to the entertainment biz, “It’s always business, its never personal,” has become a motto. His undying love and devotion to Hip Hop has caused many obstacles on the journey to become a super-star. Although Toronto has undeniable talent from Drake, Melanie Fiona, Justin Bieber, Kardinal Offishall, Boi-1da to T-Minus urban music in Canada has endured more than its fair share of struggles. Due to lack of money, media promotion, and overall just not enough doors being open to inner city music.

Although he is not currently signed to a major record label, he continues to grow and take baby steps to the top. Shaws stays focused on achieving his dreams his way. He doesn’t rush. He works hard and works steady. Meet YShaws the baller turned rapper that’s got the whole city talking. You’ve now been formally introduced.