Angry young homosexual crafts addictive, though at times ferociously disturbing, electro-rock ballads of commercial potential...23 year old Pittsburgh native Qukid Alcabez, has a vision: to become the first openly gay mainstream pop artist to appeal to a teenaged audience. He set out to New York in late 2010 producing music himself, creating a plethora of demos of pop, punk, and hip hop influence, all with a common goal in mind: appealing to the mainstream and disgusting the living shit out of them as well. 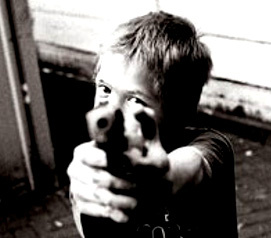