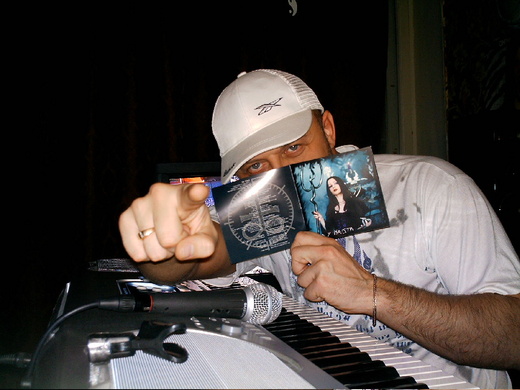 Alex Qwedra - a composer and performer of music in the styles of New Age, Space, Old School Electronica & Metal (http://musicdepo.ru/users/Peste (1988 year)) a project started in the end of 2003. Russian music has not affected my creativity. Everything I create is a different kind of music also the music of my soul and my heart. My entrance to the world of music was quite accidental. But now I know that nothing happens accidently. It happened because I felt I had to realize the ideas about music I had in my mind. My music did not exist until I got a synthesizer, though i am a follower of black, trash and death metal.But new age music is also a music for one who is able to apprehend it, to see its sense. It is not easy for everyone though its followers will stand up for its importance but never try to obtrude it not only because new age is always known to be an easy listening style, but mainly because they appreciate it very much. Obtrusiveness is inappropriate here not only as something inherent in this particular style of music but to all styles as well, because music is not a some kind of a background for other things. So I myself would never want to get such an attitude to my music, I just want it to be heard and to be appreciated at its true value. Themes of space, sleep, dreams, hypnosis, lost and forgotten realms and worlds, all of them are presented in the tracks of my project. Ultramundane ideas their speacial ability to be read between the lines appear everywhere in my tracks. I was influenced very much by such performers as: J.M.Jarre, D.Marouani, P.Cowley, Yello, Kraftwerk, Chris Spheeris, F.Duval.