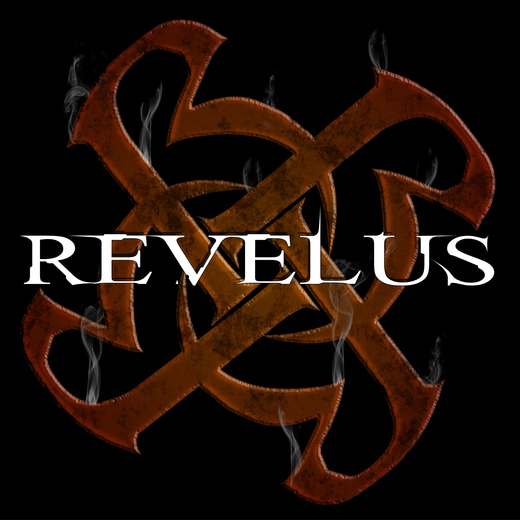 Revelus was formed by Rick Logan in early 2008 and two years were spent working on songwriting with then drummer Joe Paganello to come up with the best possible radio friendly tunes they could think of within a hard rock genre before launching themselves onto the local North Carolina music scene in 2010. When Revelus revealed themselves to their local music scene the word got out fast and traveled far that that there was a new hard rock band out on the scene tearing it up stage by stage. Revelus has been known for their awesome live show and close to perfect live performances reflecting their studio album recordings. It's hard to find bands these days whom can recreate their studio albums live on stage musically and vocally. Revelus is one of those bands that will give you a grade A show every time, guaranteed. Revelus is also known for their strong ability to self promote on a professional level, and also their ability to have a strong work ethic when it comes to making themselves known among a large industry of talented individuals. With their continuous hard work, and consistent efforts the band is prepared to take on the world by storm to put themselves on display on every venue stage imaginable. The band has gone through numerous band members over the years to obtain the final lineup that would bring Revelus to their feet and to stand tall above the rest. That lineup consisting of Rick Logan (Guitar/Lead Vocals), Josh Bronson (Guitar) Darius Rose (Drums), and Doug Hamel (Bass/Vocals). Revelus has worked very hard at their approach toward being something noticable within the professional music industry starting with their home base of Raleigh, North Carolina and then expanding to other regions. Over the years the band has performed with national and semi national recording artists such as 10 Years, Sebastian Bach (of Skid Row), Molly Hatchet, Dangerous New Machine, Diecast, The Fifth, Beyond The Fade, Nantucket, Another Lost Year, Super Bob, A Sound of Thunder, and many more. Revelus is very fan oriented, which is one of the wonderful traits about this band. Fan appreciation is a must in any band and these guys know it, not because they are forced to, but because the want to and love the involvement and interaction with people who love music as much as they do. With out the fans, the band cannot be... plain and simple.

Now, a little introduction to the members of the band...

RICK LOGAN (GUITAR/LEAD VOCALS)
I am a solid guitar player. I have educated myself with knowledge that benefits me within a musical standpoint. I started playing guitar in 1991. I was very interested in music, but it hit me unexpectedly. I always wanted to be a comic book artist growing up, but obviously that changed. I started singing later on after hearing one of my top all time role models in music "Kurt Cobain" of the american grunge rock band Nirvana. Kurt lead the way for me and opened the door to music. I am currently using a Peavey Supreme 100 watt trans-tube head and a 4x12 5150 model Peavey enclosed cabinet with various foot pedal effects. I have also used guitars made by Gibson, Epiphone, Ibanez, Schecter, Fender, Taylor, Austin, and Lotus. I didn't really have any guitarists that i molded myself after growing up... i just played how i felt and let life and personal experiences influence my playing. My goal has always been, for as long as i can remember, to do something with music in a professional standpoint. To make a living off of performing for huge crowds of adoring fans, and to relate with thousands all at once would be an incredible accomplishment. I enjoy the music i perform with Revelus. The music we create has a cut through vibe that engages listeners and brings them to life. The passion is real and the lyrics are derived of real, personal experiences i have endured in which makes the songs that much better. I am a very passionate individual, and i have always believed that if you want something in life, just reach out and grab it. That is what i intend to do with music and my future in this industry. When opportunity reveals itself to me in this industry i'm going for it!

DOUG HAMEL (BASS/VOCALS)
I am a pure bass player. I was never a frustrated guitar player who thought bass was "easier" because it only had 4 strings. I've always and only played bass. I started playing in 1986, listening to and watching my heroes Steve Harris of Iron Maiden, Cliff Burton of Metallica, and Geezer Butler of Black Sabbath. I've always LOVED the bass- the way it looked, felt in my hands, and especially the way it sounded, both thunderous and beautiful at the same time! My rig consists of an old Ampeg SVT head and cabinet and Ibanez ATK basses, which Mike Dean from Corrosion Of Conformity turned me on to. For me this is the magic combination that sounds amazing in my hands. My goal in music is to play as much as possible, and as most musicians want, to turn it into a living if I can. My band plays good, honest music with integrity and conviction and I just want to forward that as much as possible

DARIUS ROSE (DRUMS)
North Carolina native with a very diverse background in music. Band/ Music was a big part of my life, especially in school. Learning to read music and about many different types and styles of music has always been fascinating to me. I started playing drums when I was five but took it much more seriously in my teenage years. Influences have been from Classical era, Rock, Heavy Metal, Country/ Southern Rock to blues. Led Zepplin has to be my favorite band of all time and throughout the years, learning from and being influenced by so many amazing drummers has kept my drive and determination going. I will never be to old to play drums and I am very fortunate to be where I am and who I am today because of music and its huge impact on my life. I currently play PDP/DW X7 kit with Zildjian Cymbals

Alternative hard rock music with strong melodic vocals, a fresh sound and unique appeal...Revelus melds loud, heavy guitars with cut through melodies and mixes rock sensibilities with a sharp sense of pop songwriting. The band strives on creating music that makes people move! The future for Revelus is very bright. If you have had a chance to catch their live show or heard their studio recordings you will know their great potential to be something big within the professional, mainstream music industry.