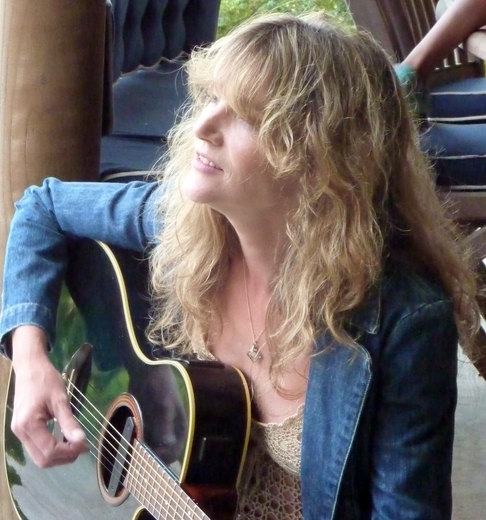 Her songs cover a wide range of genres - it's well worth listening to a few to get the full picture - but they all have an unusual quality of honesty, depth and humour very much belonging to the craft of songwriting and what it takes to move someone, mixing heartfelt story-telling with catchy melodies and clever quirky lyrics. Her voice is emotive and charismatic, sweet seductive tones that break your heart one minute and make you laugh the next. Live she makes you feel that the songs are written and performed just for you, even in a crowd of thousands. Sam Batt's unique sound lives in the spaces between Chrissie Hynde, Edie Brickell, Ani DeFranco and more traditional acoustic flavours of artists like Cat Stevens and Joni Mitchell. Vocally she has a raw, dynamic quality akin to Cerys Matthews or Stevie Nicks, but essentially Sam Batt sounds like Sam Batt.

After years of gigging, writing and producing her own material, in 2001 she co-wrote and sang "No Such Thing" with producer Mowgli under the name Lovejunky, which was released on Brighton trip hop label Grow Your Own's compilation of local artists. Although there was no official single, the local radio played it most. In 2002 she had two songs on anti-war album "Speak Out" that included tracks by artists such as Lamb, Nemo Jones, Badmarsh & Shri, Terry Callier and Nitin Sawhney, and sang on the album producer's remix of "We Come One" by Faithless, performing it at the album launch with Maxi Jazz. After some time off to have a baby, Sam played the Big Chill 2009, Essence Winter Solstice Festival and was the main support on Chesney Hawkes' acoustic tour in February 2010. An acoustic album "Raw For The Record (part 1)" and studio album "More" were released in March that year and she played at Festinho, Brighton's White Night Festival and Out Of The Ordinary Festival, where she met Ossie Gad who sings with Nucleus Roots and is now writing with him.

2011 brought more than 50 gigs around England playing at venues such as the Bedford, The Troubadour, The Dublin Castle and the Kensington Roof Gardens and festivals such as Small World, Bimble Bandada, Beech Road (Manchester), Stenfest, Pevensey Bay Fest and Out Of The Ordinary. Sam has shared the bill with acts such as Donna Fullman, Jazz Morley, Emily Baker, Tony Moore and Ilona, Bird Eats Baby, Conrad Vingoe, Gypsy Fire, Karina Vismara and Jenny Hallam. She has maintained a top ten position in her local Reverbnation charts since soon after joining early in the year, peaking at no 4 locally and the top 30 nationally, achieving a position on page 1 of the hottest global artists. A writing collaboration with Dada da Dada of the Dub'n'Tuff Allstars, a local reggae band, has also proven fruitful. Recent experiments with live sampling promise to transform Sam's gigs in 2012, bridging the gap between her solo acoustic performances and her very eclectic production style.

The authenticity of Laura Marling, the very English kookiness of Kate Bush with the sexy delivery of Nina Perrson.