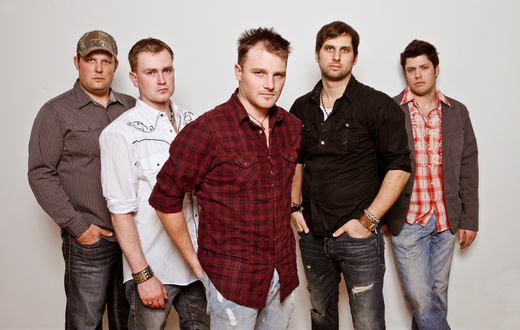 The summer of 2011 will be remembered for breaking down barriers and being discovered by country music fans traditional and new. The Settlers Creek Band has earned every ounce of praise by the country music industry for their debut CD “LINE IN THE DIRT”

The band’s success reached radio with their first single, “Wanna Go”. This single landed them the title as Official Ambassador of 820 CHAM, the Canadian Country Music Association official radio station of 2011 Country Music Week in Hamilton, Ontario. Headlining the CCMA kick-off party, It gave country music fans from across the country the chance to see these 5 talented artists in their element. It also attracted booking agents, record labels and industry people from all over the world. Settlers Creek Band also connected with fans and industry people alike personally at the 2011 CCMA Awards show and after party

Settlers Creek Band has experienced some resounding success after releasing one single off their debut album. The fall of 2011 saw them release THIS TOWN, which is now being spun across Canada as well. In February of 2012, “Greener on the Country Side” is set to hit radio and we are expecting it to do very well.

Settlers Creek Band is also now taking bookings for Festivals, Concerts and Events for 2012. We also plan on attending the CCMA week in Saskatoon, SK, next September and will be looking for additional shows between Toronto and Saskatoon 8 days before and 8 days after the Canadian Country Music Awards.