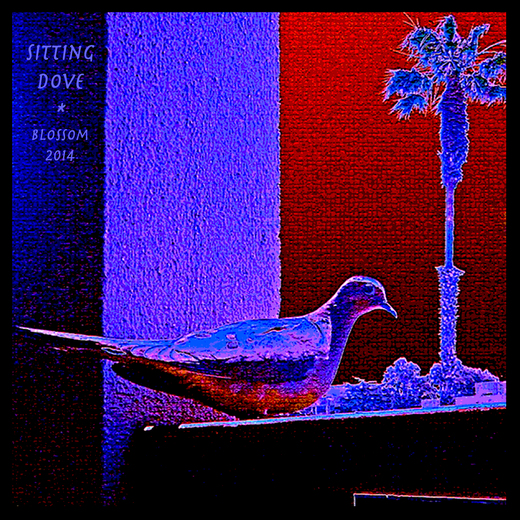 "If paranoia had a voice..." - Music Connection

The Rap (Hip Hop) act known as Sitting Dove was formed October 2010 at a recording studio in Santa Monica, California. The concept of Sitting Dove, however, had been incubating for years. One afternoon in the fall of 2007, a lone dove landed on the apartment stoop of another chewed-up and spit-out Hollywood wannabe. For some reason—possibly the California smog—this wannabe thought that the dove wanted its picture taken. So he grabbed his camera and took pictures for about twenty minutes as the dove “seemed to pose” for him. The above image from that fateful day struck him deeply and eventually inspired him to create the Rap act called Sitting Dove. Influenced by the likes of Tupac Amaru Shakur (2Pac), The Doors, Kanye West, Leonard Cohen, and Pink Floyd, Sitting Dove operates out of proverbial HOLLYWOOD and plans to send his sonic waves worldwide as long as he’s compelled (and/or allowed) to do so...