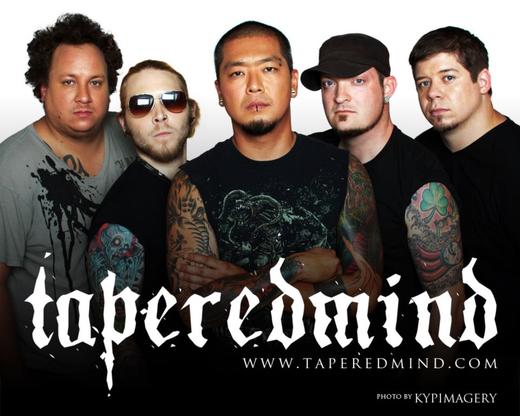 Since its inception in early 2004, the Virginia-based metal band Tapered Mind have been striving to bring its aggressive music to audiences across the world. With an unrivaled drive to succeed, Tapered Mind has persevered, even while several band member changes threatened to end what it worked so hard for years to build

In 2010, the band released their debut album "Breathe Again", a title which represents this very will to succeed after enduring so much adversity in the band and in life. Although Tapered Mind has been a band for several years, the members still feel that it is in the infancy stage of what it is capable of doing and with a sophomore album on the horizon they are determined to bring a whole new outlook, a fresh new sound and a more mature, polished product to the metal community

With a slew of shows under its belt, sharing the stage with such national acts as American Head Charge, Otep, Candiria, 10 Years, Ill Nino, Dope, Taproot, Powerman 5000 and Bloodsimple, along with countless local shows along the east coast, Tapered Mind has become a seasoned live act that captivates audiences with its highly energetic performances.