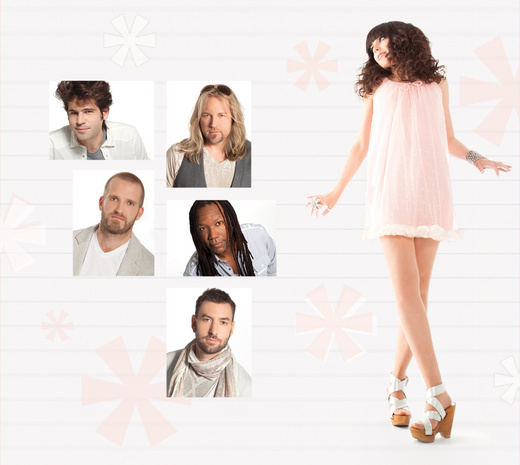 Hailing from Dallas/Fort Worth, TX, The Bright* is described as “beautiful, stylish stuff that just might infiltrate your daydreams” by the Fort Worth Star Telegram and “that strange collective with a penchant for writing the most radio-friendly songs this side of L.A.” by the Dallas Observer.

With an underlay of dreamy/thick guitar swirls supporting vocal dynamics ranging from sexy modern pop to intense rock (and even operatic, as reflected by their ambitious cover of Led Zeppelin’s “Kashmir”), the songwriting is always about delivering hooks -  both familiar and unique with certain unpredictability that is tasteful and emotional. The band’s common thread seems to be each member’s influence and love for a vast array of British Rock eras, including the far reaches of 60’s to present day, pop to progressive and electronic to organic.

After releasing their debut LP in 2008, “In Lucid Dreams”, the band was approached by MTV and Fox Sports to license songs for use in the networks’ programming. Since then, The Bright*s songs have been featured in MTV’s “The Hills”, “Parental Control”, “Seven”, “Made”, “Hired”, “Teen Cribs”, “My Sweet Sixteen”, the multi-platform broadcast / V-cast Verizon Network supernatural series “Valemont” and Fox Sports’ Vizio Profiles (featuring Green Bay Packers QB and Super Bowl MVP Aaron Rodgers). The Bright* has also received prominent airplay in the L.A. market on KKZQ 100.1 The Edge, in Grand Rapids, MI on WGRD 97.9, via the web on the Renegade Radio Network and X-Stream Radio as well as abroad via radio segments hosted by English music journalist Kelv Hellrazor. In early 2012, the band signed a licensing deal with all Viacom Networks for future placement of songs from their latest release “Objects of My Affection”

The Bright* has also partnered with the social network Share The Mic (www.sharethemic.com ), an organization that brings together artists, charities and foundations into a unique network that mutually supports an artist’s drive to build a fan base and a charitable institution’s need to raise awareness. Through this relationship, the band has been matched with the charity Autism Speaks, an advocacy organization the band is very passionate about.

Following the release of the “Diamonds on the Snow” EP in March 2011, The Bright* released the full-length LP entitled “Objects of My Affection” in June 2011 - with music videos for the singles “Charmed” and “Over and Over” following thereafter in July 2011. All of the aforementioned recordings were produced by Eric Jenkins and engineered by Taylor Tatsch at Bass Propulsion Labs & N20 Studios in Dallas, TX & Audio Styles in Colleyville, TX and are available for download on iTunes, Rhapsody, Napster and Amazon (keywords: The Bright Objects of My Affection or In Lucid Dreams).