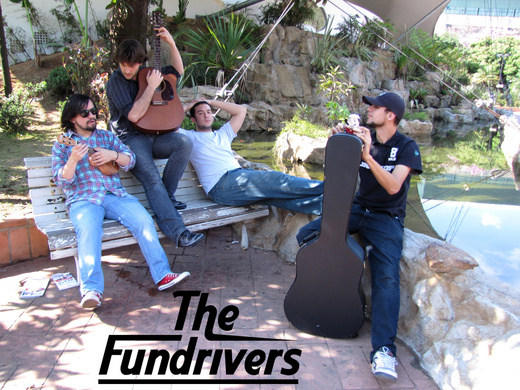 The Fundrivers is a rock band from São Paulo, Brazil. It started as a Creedence Clearwater Revival cover band in 2007, and by mid-2009, after two years on the road, the group decided to compose their own songs, being mostly influenced by The Beatles, Creedence, Queen, The Kinks, Supergrass, The Who, among others. Eight months and eleven songs later, The Fundrivers released their debut album 'Looking Back and Ahead' in April 2010, bringing their music to a whole new level. The good quality of songs and live performances pleased both media and audience, which led to even more concerts, a lot of interviews and appearances on TV and radio shows. Currently, The Fundrivers is looking forward to sign a contract with a major record label in order to obtain better and wider publicity of their work, and hopefully hit the big time.