About The Killing Floor

The Killing Floor combines the best of British and American rock music to form a truly unique sound that’s both powerful and impassioned.  Displaying tight musicianship and strong songwriting, TKF mixes the best of hard rock with the melodic flow of indie and alternative rock.

Hailing from both sides of the Atlantic, The Killing Floor consists of brothers Mark and Oliver Alberici from London and Marco Argiro and Chris Bunatta of NYC.  The band came together in 2009 after meeting at the legendary Electric Lady Studios in NYC.  They have toured the East Coast of America and have also completed successful UK tours, playing to sold-out crowds and gaining early support from the BBC and other UK radio stations.

After recording their debut self-titled album in 2011, The Killing Floor secured Hollywood legend Joel Schumacher to direct the music video for their rock anthem “Star Baby.”  Schumacher has directed many well-known films, such as The Lost Boys, Batman Forever, Phantom of the Opera, A Time to Kill, Flatliners, Falling Down, and St. Elmo’s Fire, as well as the music video for INXS’s “Devil Inside.”  The song “Star Baby” is a catchy, gritty rock tune, perfect for the likes of Schumacher.  The video is currently out now.

In just a short time, and while spending time on opposite sides of the pond, The Killing Floor have managed to rack up some impressive career highlights:In addition to recording a stellar debut album and making a music video with Joel Schumacher, The Killing Floor have showcased at The Great Escape Festival (UK), Liverpool Sound City Festival, and the Dewey Beach Music Festival; completed a UK summer tour with Jesse Malin, playing at famous venues such as the O2Academy in London, Liverpool, Newcastle and Birmingham, and Glasgow’s King Tut’s; and opened for Marky Ramone in his recent hometown return to Brooklyn. 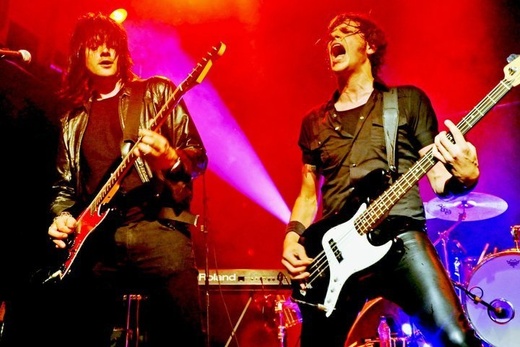