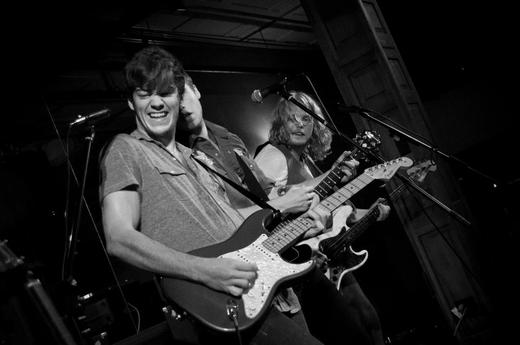 About The Pedal Stills

Known for being a band that understands where they came from, Nashville Rock foursome, The Pedal Stills mesh country-fried Southern Rock with the best Alt. Pop the 90’s had to offer. After relocating to Music City in 2010, The Pedal Stills have taken Nashville by storm, playing almost double the shows as most independent acts. The group prides themselves in staying true to what they love with a very mainstream mindset and strategy.

The Pedal Stills have just released their Nashville debut “SpeakEasy” in October of 2011. Groove and soul find their ways into the mix with single “Red Dress”, yet as if to tribute the likes of big hitters Train and Rob Thomas, Pop screams melody in songs like “Carolina Thunderstorm” and “Thought About You”.

The Pedal Stills have been playing the TN circuit for the past full year and plan on reaching out more to the Southeast in the coming year.