About The Siege Perilous

The Siege Perilous is a melodic Wisconsin alternative rock outfit that delivers an engaging live show drawing from three albums worth of original arena-style anthems in the vein of the Goo Goo Dolls, Jimmy Eat World, and Jack's Mannequin. The band released two successful studio albums through Cherry Pit Studios with producer Eric LaBrosse (The Heroes Lie, Chasing Taylor).With heavy rotation on Milwaukee's FM102.1, and national play on the Food Network, PGA Golf Tour, ABC, E!, and CBS, The Siege Perilous is driven to make waves and offer a unique live experience, and has set sail for their own place in the Midwest music scene.Breakingandentering.net reviewed the band as having "a sound similar to some of the classic alternative albums of the 90's, with a updated influence of today's indie superstars...The end result are great albums [with] 14 well-crafted, harmonic tracks."The band has headlined The Rave, The Miramar Theater, Shank Hall, and UW-Milwaukees Union Ballroom, opened for national acts Ari Herstand,Blue October, Matt Nathanson, and Ron Pope, and garnered public praise for their performances from the likes of the Goo Goo Dolls, Skillet, and Boyce Avenue.Formed in the summer of 2008, The Siege Perilous is Peter Grau, Andy Stone, Amir Hamizadeh, and Troy Pronchinske. Having toured throughout the Midwest, the band is dedicated to showcasing a unique live show with big dynamics, big choruses, and big energy. 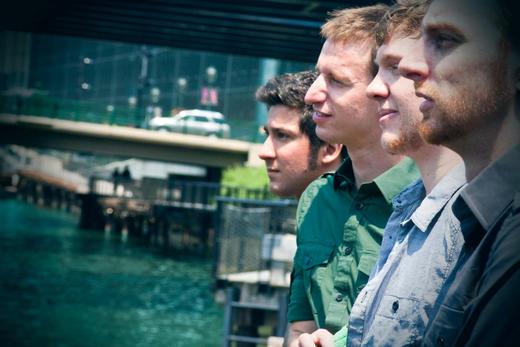