The Watermarks are known not only for their incendiary live performances, but also their D.I.Y. approach to recording, writing, and producing which has yielded 2 self released E.P.s and a continuing series of singles released on German Label AF-Music. These Indie rock D.I.Y. Ethics, noise-pop sensibilities, and electronic textures have lead the band to craft a unique sound where melody is the main character...a sound that is danceable and poppy yet full of loud guitars and heavy organic drums. The Watermarks reside in Houston and rarely rest from writing new material and playing live shows.

Thewatermarks.net facebook.com/thewatermarks twitter.com/thewatermarks em: thewatermarks@gmail.com
"Find yourself stumbling upon a masterpiece that drives you to shake everyone you know until they wake up and see what they're missing... The Watermarks are definitely a band to be watched" - Under Control

"Sounds like one of Tony Wilson’s Factory bands on steroids." - Consequence Of Sound

"The Watermarks are tailor-made to outfit any party with their blend of
unadulterated vigor, scorching six-strings, grooving basslines, and thumping
beats. " - The Austinist 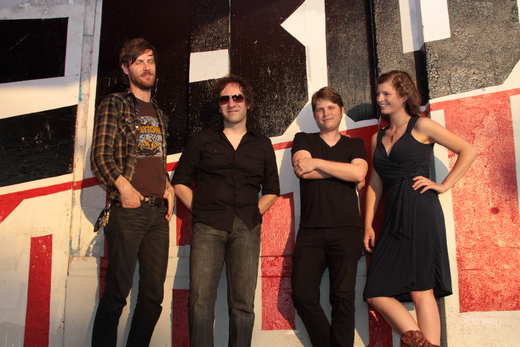