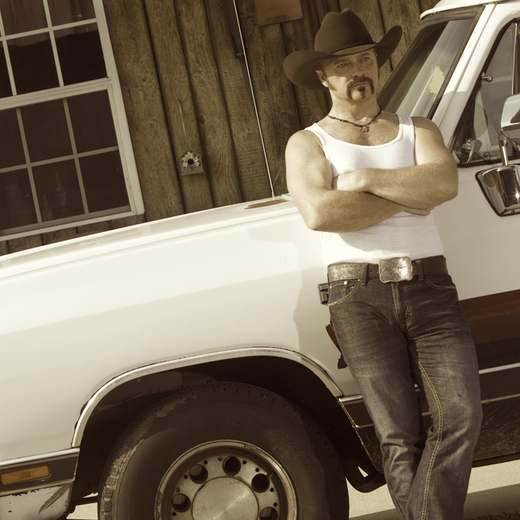 Imagine tuning into your local radio station to discover what sounds like a handful of your favorite country legends singing together on one single song. You've never heard this song before, and yet, you can't help but feel as though you could almost sing along. Then, just as this new sound begins to feel like a comfortable, old pair of jeans or boots, the DJ interrupts with "Ladies and Gentlemen... that was the new single by Nashville recording artist, Tim Culpepper!

It’s at this very moment you realize that you've just discovered honest-to-goodness real Country Music again! And that feeling, of hearing multiple country legends together on one song, is simply the answer to the question George Jones posed in his 1986 hit, "Who's Gonna Fill Their Shoes?

With hints of Randy Travis, Keith Whitley, Gene Watson, and George Jones, it only takes one listen to know who influenced Culpepper's smokey, honkytonk, brand of vocals. What you need to know is... he's no accident. In fact, you might say it's in his blood..

Tim's journey began as kind of a love story, with the marriage of his Mother Judy, to his father, country entertainer/musician, Forrest Culpepper, or "Curly", as he had come to be known by those who frequented the honkytonk scene in and around Montgomery, Alabama. The birth of Tim, soon after, would complete an already accomplished family of singers and musicians that, at the time, included such close friends as Hank Williams, Sr. (who had passed, before Tim’s birth), and Marty Robbins

While most children began life experiencing a mostly subdued environment, young Culpepper was backstage with the likes of Hank, Jr., Marty and Johnny Cash, or in the audience with his Mother, while his father was performing. On one occasion, while sharing stories of her son’s early childhood, Judy fondly recalled one particular night during a Hank Jr. performance, when songwriter and manager, Merle Kilgore, was charged with babysitting Tim while she got up to 2 step, "It wasn't the 'Brady Bunch!'" she laughs. "But we sure were a family!

By age 9, anxious to take part in the "family business", Tim approached his Father, holding an over-sized Epiphone guitar, asking for his first lesson. Having earlier traded the stage, for more stable work, as an over-the-road trucker, his Father agreed to teach his son with ONE condition- Tim had to promise that when ready, he would take his gift to Nashville. Curly did not want his son to waste his talent in the bars of Montgomery. In his opinion, the serious musician needs to be where things were happening..

After high school, where Tim spent early evenings playing football, and late nights performing at any local venue his Mother could talk into allowing the under-aged singer to enter, Tim kept his word and made his way to Nashville

He would eventually be discovered by Nashville based Honkytone Records, managed by songwriter/producer, Elbert West, while performing in the famed honkytonks of lower Broadway

Under the guidance of West, Tim would spend the following two years, honing his craft, while writing his first album, "Pourin' Whiskey On Pain". The title cut, having been the self-penned song that sparked West's interest, would now represent the body of work that would launch his career as an Artist

With the recent release of his first single and video, "Ghost", Tim continues the process of bringing full circle, a journey that began as a simple honkytonk love story under the neon lights of Montgomery, Alabama

So yes, you might say that country music is in his blood…But upon closer inspection, you might also agree that Tim Culpepper, as one of a rare breed of singer/songwriter Artists, is the lifeblood of Country Music...