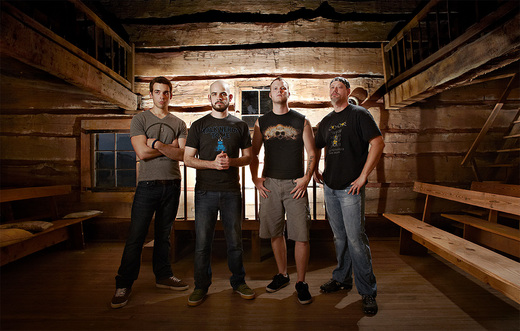 About Wake of Redemption

With a powerful blend of old-school and modern metal (think Iron Maiden meets Mastodon), Wake of Redemption doesn’t disappoint. United by a desire to write and perform heavier and edgier music, the Christian metal quartet formed in 2008 after their stint in the rock band Counterfall came to a close. They soon began performing in their native North Carolina, supporting bands such as Onward to Olympas, Becoming the Archetype and Bloodline Severed, and with their bold, new style, gained notice and accolades wherever they went. In 2010, they came to the attention of famed producer Jamie King (Between the Buried and Me), collaborating with him to work on their debut album “Earthshaker,” released in January 2012.

Material from “Earthshaker” quickly garnished high praise, winning two months on ourstage.com‘s (an MTV affiliate) metal charts (#1 of over 300 bands worldwide), and being featured on fret12.com‘s (Mark Tremonti of Creed’s website) podcast. In June 2012, the band released their debut music video for “Mars” to critical acclaim (“Outstanding…  Undoubtedly, you will want to watch it again and again.” ~ Asheboro Magazine, July 2012 issue.)  Currently, the band is touring in support of their debut album “Earthshaker” and writing material for their sophomore release.